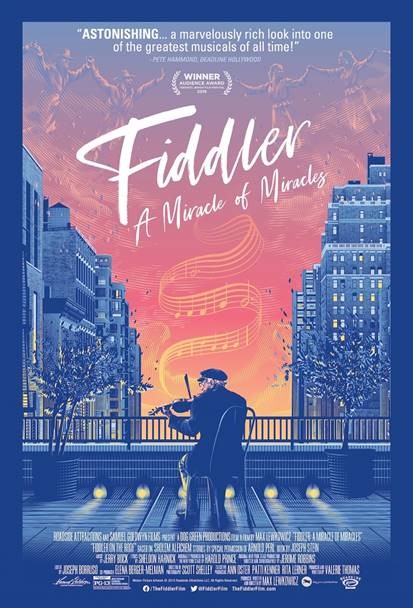 Among the pantheon of Broadway musicals changed the world,Fiddler on the Roofhas a special place very near the top. In the half-century since its premiere, the production has had an unprecedented global impact, beloved by audiences the world over, performed everywhere from suburban middle schools in Nebraska to grand state theaters in Japan.

Fiddler: A Miracle of Miracles chronicles the birth, life, and continued resonance of this singular icon of the stage and screen. Featuring interviews with Joel Grey, original lyricist Sheldon Harnick, and stars of the current Broadway revival, Jessica Hecht and Danny Burnstein.