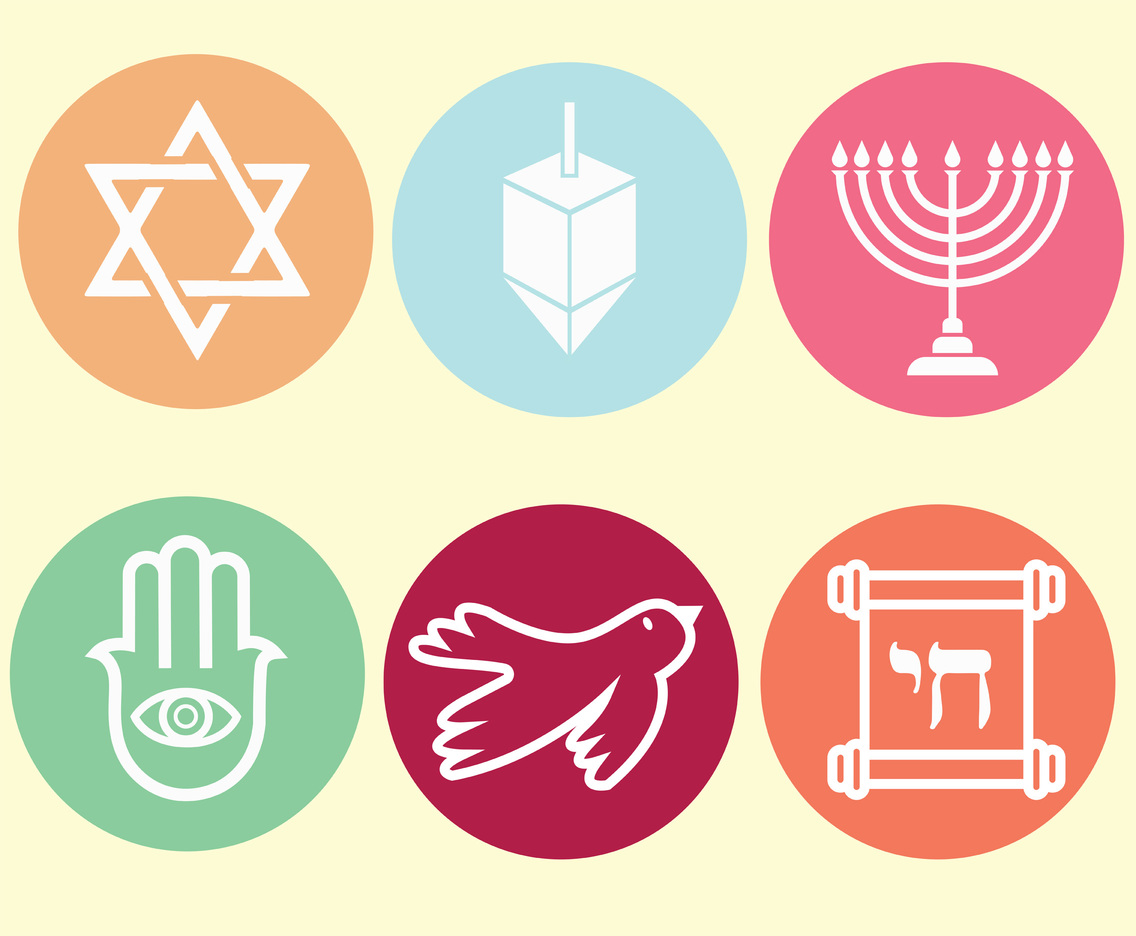 Download a PDF calendar of the major Jewish holidays through 2023.

The calendar above is designed primarily for school personnel as they schedule events and activities such as exam s, assemblies, field trips, special events, evening programs and other activities. The Jewish day begins and ends at sunset, not at midnight. The year is based on a lunar -solar cycle. This is why Jewish holidays always fall on a different calendar day each year. It also explains why consulting most commercial calendars for a specific Jewish holiday results in confusion—each holiday really begins at sunset the evening before. Some commercial calendars note this, some don’t. Abstaining from school, work , and other secular activities is part of the observance of the Holy Days listed inside this calendar. Depending on the degree of personal observance, the Jewish holidays and Sabbath might include abstention from work, school, and other secular activities such as special events, dances, and sports events. While calendar -coincident in some years, Chanukah and Christmas are not comparable or related holidays in any way

Traditions include eating apples dipped in honey and blowing the shofar (ram’s horn). Most Jews attend synagogue on these two days and the preceding evening.

Considered by Jews to be the holiest and most solemn day of the year. Fasting begins at sundown and ends after nightfall the following day. Most Jews attend synagogue on this day and the preceding evening.

Sukkot* (Feast of Tabernacles or Booths)

A seven-day festival. One of the three pilgrimage festivals mentioned in the Bible. Celebrated by the building of a sukkah, or temporary dwelling, outdoors. Work is traditionally prohibited on the first and second days.

Immediately follows the conclusion of Sukkot. Work is traditionally prohibited.

Simchat Torah* (Rejoicing of the Law)

Concludes and begins anew the annual reading cycle of the Torah, the Five Books of Moses that make up the Jewish Bible. Immediately follows Sukkot and Shemini Atzeret. Work is traditionally prohibited.

An eight-day festival marked by the lighting of candles—one on the first night, two on the second, and so on—using a special candle holder called a menorah or chanukiah. Traditions include a game involving spinning dreidels (tops), eating potato latkes (pancakes), and giving gifts.

Originally celebrated as an agricultural festival marking the emergence of spring, today celebrations focus on environmental awareness. Trees are often planted in honor or memory of loved ones.

Commemorates the events in the Book of Esther. One of the most joyous Jewish holidays. Traditions include masquerading in costumes and giving care packages to those in need.

Commemorates the liberation of the Hebrew slaves from Egypt. A feast called a seder is held on the first two nights and sometimes on the final two nights of the eight-day holiday. No food that is leavened (e.g., bread, cake) or contains wheat is eaten. Matzah (unleavened bread) is often consumed instead. Work is traditionally prohibited on the first, second, seventh, and eighth days.

Yom Ha’Shoah is a Jewish observance commemorating the lives and heroism of the six million Jewish people and five million others who perished in the Holocaust between 1933 and 1945.

Yom Hazikaron is Israel’s Official Memorial Day for her fallen soldiers and victims of terrorism. Falling either in late April or early May every year, Yom Hazikaron is an especially solemn time and marked by ceremonies and silences across the country.

Yom HaAtzmaut marks the anniversary of the establishment of the modern state of Israel in 1948. It is observed on or near the 5th of the Hebrew month of Iyar on the Jewish calendar, which usually falls in April.

According to Rabbinic tradition, the Ten Commandments were given to the Jewish people at Mt. Sinai on this day. It is traditional to eat meals containing dairy.

Annual fast day commemorating the destruction of the First and Second Temples in Jerusalem and the subsequent exile of the Jews from the land of Israel. Today in many modern Jewish communities, Tisha B’Av stands as a day to reflect on the suffering that still occurs in our world.

*Commonly observed by synagogue attendance or family gatherings. On these days and on the Sabbath (Friday evening through Saturday evening), work is traditionally prohibited; individuals may be absent from school or work.