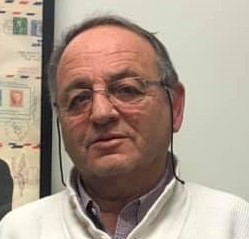 Kol Yisrael Arevim Zeh Lazeh -- All Israel Are Responsible for One Another: How One Mossad Agent Helped Save the Jews of Syria

Rabbi Yisrael "Suki" Serok is a Masoreti (Israeli Conservative) rabbi, former Jewish National Fund and Jewish Agency director, and retired agent for Mossad, Israel's national intelligence agency. He also was the founder, president and CEO of a biotech startup in Israel. He will present the fascinating account of his role in Israel's little-known Operation Abraham to rescue the distressed Jews of Syria, an operation that exemplifies the value "Kol Yisrael arevim zeh lazeh -- All Israel are responsible for one another."

An honorary New Englander, Suki first visited our region as the United Synagogue Youth shaliach for Temple Beth El in Portland, ME. He lives outside Jerusalem with his wife, Dr. Esther Serok, an internationally renowned teacher and researcher.

**This program is part of a series of statewide online and in person events organized by the JFNH in partnership with synagogues around NH from April 27th to May 15th to to celebrate Israel while remembering the many the perished for it's founding and survival.