Temple B’nai Israel has been the hub of Jewish activity in central New Hampshire for the past eighty years. Our congregation is affiliated with Reform Judaism, however our members’ beliefs and traditions range from traditional conservatism to modern versions of Reform practice.

We are active participants on the Lakes Region Interfaith Council of Religious Groups and play a positive role in the community at large. 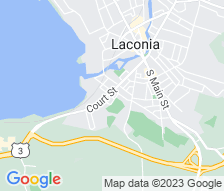