One of the basic tenets of the Jewish faith is that the elderly deserve deference and respect. Federation supports a continuum of services to the elderly, working with the Federation system to provide nearly one million U.S. Jews over age 65 with social activities, healthcare, and necessary services such as transportation, housing, food and counseling.

There are 396 Jewish Federation-affiliated senior housing, assisted-living or skilled nursing apartments in North America, according to the Association of Jewish Aging Services.

Federation is working to ensure that the Older Americans Act is renewed, so funding will continue for those programs benefiting seniors, including meals-on-wheels.

In 1999, over 26,000 pieces of medical equipment produced by Jewish volunteers at a St. Petersburg facility were loaned to needy elderly Jews in nearly 145 cities. Almost 19,000 clients consulted with volunteer Jewish physicians associated with the welfare center. Nearly 143,000 clients received medication. 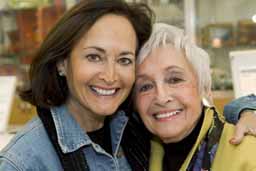