A moving film by Dan Habib tells the story of Gene Connolly, a Concord, NH school principal who was embraced by his community after being diagnosed with ALS in 2014.

Admission: No charge but a donation of $5.00 per person is suggested. 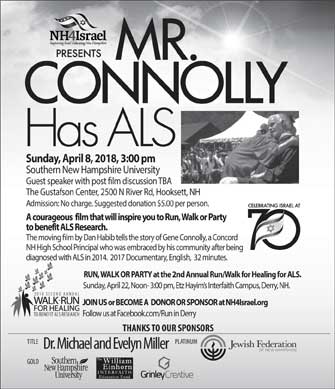