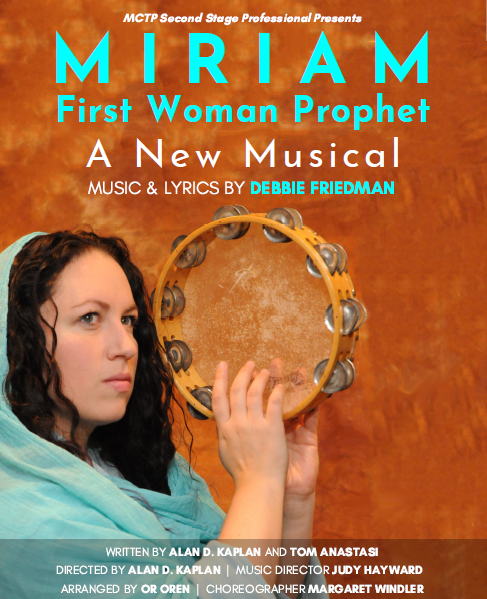 Do you sing Debbie Friedman’s music in your congregation?

Manchester Community Theatre Players presents the world premiere of Miriam: The First Woman Prophet… a New Musical streamed live on stage.  Miriam features the music of iconic Jewish singer/songwriter and composer Debbie Freidman who had 22 CDs and three sold out performances at Carnegie Hall. Debbie’s music was re-arranged for full orchestra and four-part harmony by internationally known composer Or Oren.

Watch as the cast brings to life the story of Moses and Aaron’s sister Miriam, who saved the Jewish people through her gift of finding water.  Miriam features 26 of Debbie Friedman’s songs, including some that have never been recorded. The show explores the dynamics of love and jealously as Miriam and Moses struggle to define their roles as God’s messengers and leaders of the Exodus to the Promised Land.

The show will be performed live on-stage Friday May 21st and Saturday May 22nd at 7:30 PM and Sunday May 23rd at 2 PM. See WWW.MCTP.INFO for tickets and more information