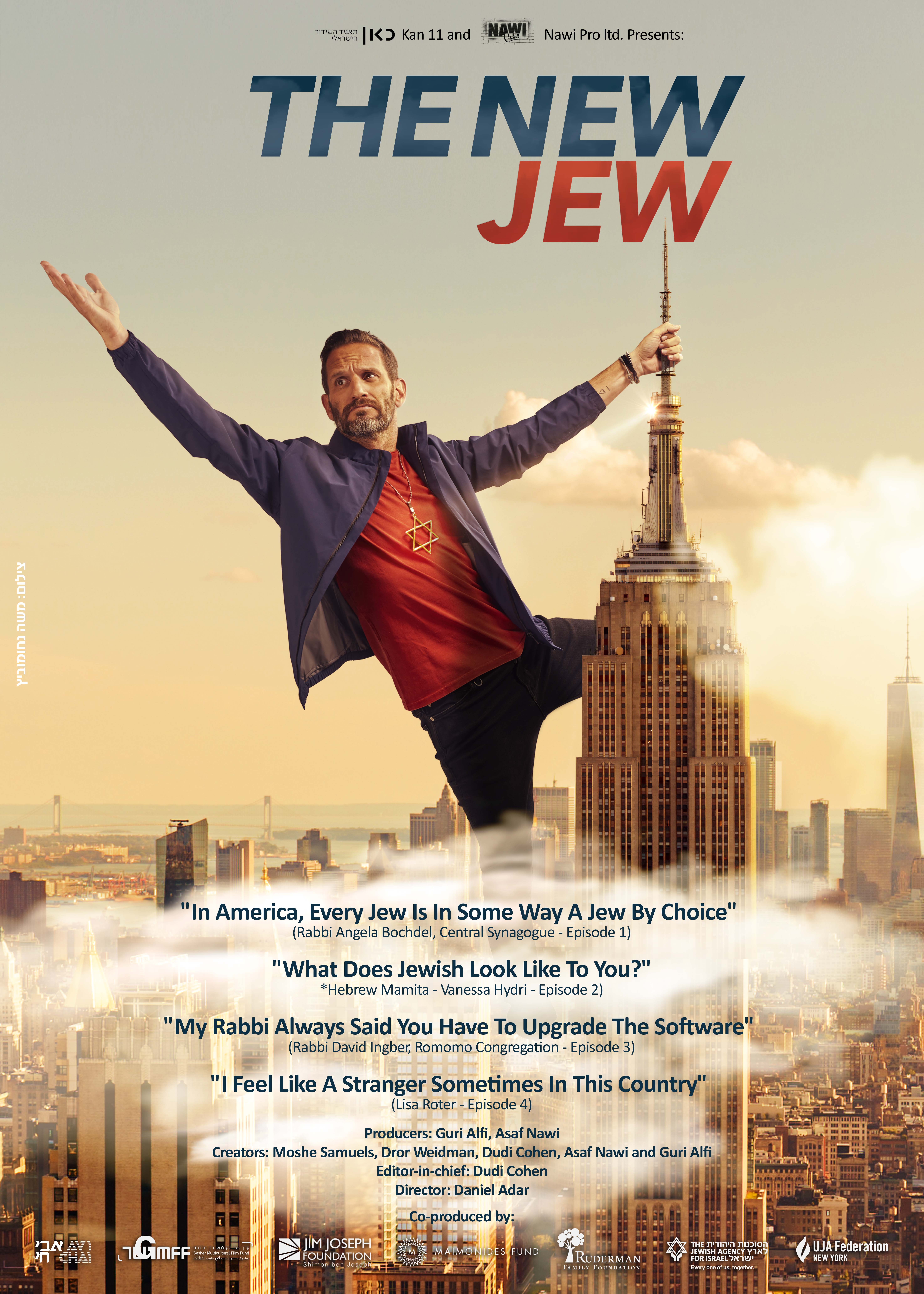 THE NEW JEW is a four-episode TV documentary series showcasing the diversity of the Jewish community in the United States, the variety of alternative models it offers for living a rich Jewish life, and the differences in the way Judaism is experienced in the United States and Israel. Presented by Guri Alfi, one of Israel’s most popular comedians,

THE NEW JEW is a spirited, and ultimately hopeful, journey through modern American Jewry.

Included with the 4 Episode Series: